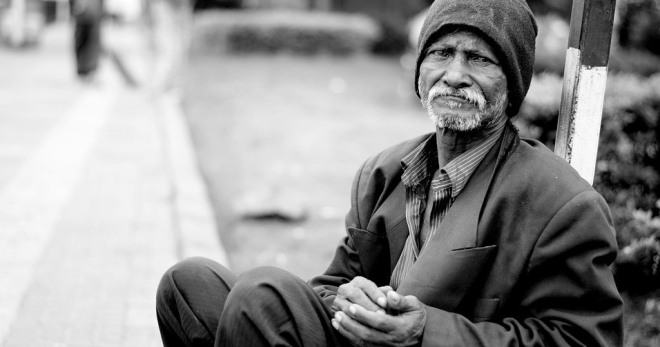 Orphaned brothers left to fend for themselves in India grew up in unspeakable squalor. Survival came by stealing, lying, and occasionally by a stranger’s charitable deed.

Despite their slim waist-lines…they survived.

Eventually one became a gang-banger. The other worked himself into sales. By adulthood, they had seen more than anyone should…

…Only one of them would fight his way through the Hindi caste system with integrity. Despite the same hopeless circumstances, one of these men overcame being a Dalit, or untouchable, with truth. Eventually he became a Millionaire.

In 2 Kings 7, four lepers (untouchable by Hebrew Law) with loads of hunger found an abandoned Aramean camp. Riches! Food for days! Noone to look down on them! At first their hunger and bankrupt state became a frenzy of greed. As the chapter unfolds, the four diseased thieves come to their senses:

“We are not doing right. This day is a day of good news, but we are keeping silent; if we wait until morning light, punishment will overtake us…”

Many of us would not blame them for stuffing their faces with abandoned food. The tender conscience of these men moved them. 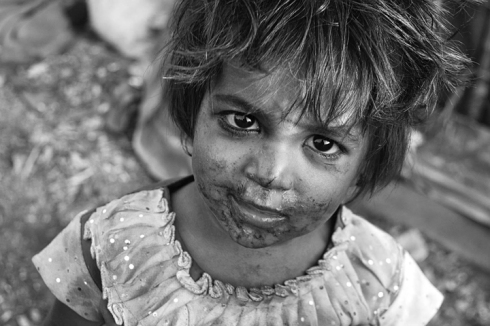 Ever been in that situation? Where you say, “We are not doing right.” Like getting home with an extra item in our grocery bag? “Do I keep it?” Or when we stay at the party, knowing we shouldn’t even be at that kind of party? “But if I leave now, I will lose face…but I will be safe.”

In the middle of the party, they said, “…Now therefore come, let us go and tell the king’s household.”

We don’t want to blame these poverty stricken men for taking abandoned wealth. Why did they think it was better to share the good news? Do we say, “Nobody is here, finders keepers” or say, “We are not doing right if I keep this to myself”?

Despite their need…they told the king.

Anywhere we live, we have those in our midst that are hopeless, helpless, and may rather be dead (Mark 14:7; Matthew 26:11). Do we stop and help or pass by and let the beggar thieves suffer? Are they untouchable to us? What do you think God, the King, would say about our attitude toward untouchables?

Despite the way others saw him…Jesus healed him.

If we don’t reach out to the untouchables among us, “We are not doing right.” If we remain in our own poverty of charity, are we going to be ok with our generous God (Matthew 25:40-45)?

Has God has conquered what has besieged you? If you remain silent about it, are you doing right? This is not something you can keep to yourself! The honest lepers didn’t wait, neither should you! Romans 13:12, “The night is almost gone, and the day is near. Therefore let us lay aside the deeds of darkness and put on the armor of light.”

The work we are setting out to do isn’t our work – it’s God’s. And we can’t do it alone.

Will you join us and support our first year of ministry on the island of Oahu?